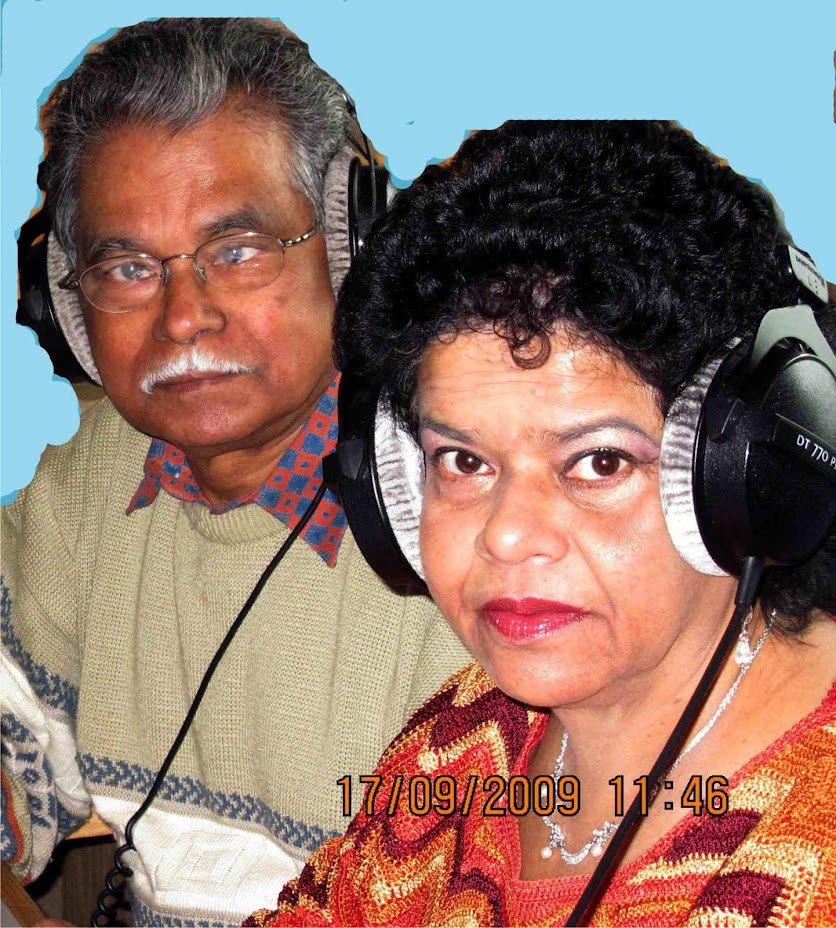 Spotlight of the Month - November 2011 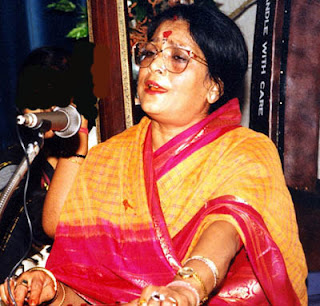 Bengal, East and West, produced few female singers of the calibre of late Bidushi Sipra Bose of Kolkata. She was one of the very few female vocalists who sang pure classical and light classical almost equally well.  In the light classical section she was almost unparallel. She started learning classical vocal from Sri Gopal Banerjee from the age of six and later went to Sangeetacharya Pt Chinmoy Lahiri of the Lucknow Gharana. She was one of those rare breed of gifted musicians who came from a family with little musical background or heritage. Born with a gifted voice, rich and melodious, she was groomed by gurus like the peerless Begum Akhtar, Naina Devi and Pt Ravi Shankar and rose to fame through sheer hard work, devotion and dedication. Her father in-in-law Late Sri Anath Nath Bose of yesteryears was a renowned versatile musician, who sang light classical songs and played tabla. He had his sons late Pt Shyamal Bose and Pt Gobinda Bose, Sipra’s husband, trained in tabla playing.  Pt Gobinda Bose was extremely supportive of Sipra and accompanied her in most performances. 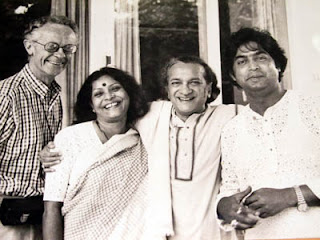 Sipra was not only a regular performer on All India Radio and Doordarshan but was also on the panel of became Many have had gurus such as those Sipra had and yet failed to attain the height she reached.
We were very fortunate to have been in a position to invite her for a UK tour through Surdhwani in September/October 1996. She was accompanied by her husband Pt Gobinda Bose on tabla and Sri Ratan Bhattacharya on harmonium. Pt Gobinda Bose is a renowned tabla player  and a senior staff in All India Radio, Kolkata. She had a very successful tour giving vocal concerts in Wolverhampton, Birmingham, Leicester, Bedford and London and we all had a wonderful time with her. 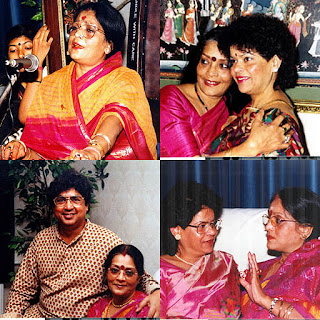 Figure 2 Sipra with her husband Pt Gobinda Bose and Maitreyee Sarcar
Soon after her UK tour Dr Ali Akbar Khan was invited by us for a concert in Wolverhampton and a master class in Birmingham through Surdhwani. When we were taking  Ali Akbar Khan shahib to Birmingham in our car I asked him who he would like to listen to during our journey to the hall. When I gave him a list of names of musicians, vocal and instrumental, without any hesitation he chose to listen to Sipra. That speaks volumes about his regard for her as a singer.
She also travelled all over India as well as other parts of the world including Europe and USA giving vocal concerts in popular, Rag-Pradhan Bengali sons as well as light classical and classical performances winning hearts of her fans all over the world.
We will treasure her memory in our heart as long as we live with the utmost respect for her as a singer and deep affection for her as one of the warmest persons we have ever come across. We pay our humble tribute on her birth anniversary on behalf of Surtarang and dedicate the shows for the month of November to her memory. She will twinkle like a bright star in the music firmament and will continue to illuminate the hearts of her fans all over the world as well as ours for eternity.
Sistachar Sarcar
01 November 2011
﻿
Posted by Unknown at 20:57